Can we all just take a second to appreciate the accomplishment of the Toronto Blue Jays 2020 season? They begin their playoff run tonight against Tampa Bay, in Tampa Bay for a best-of-three series. 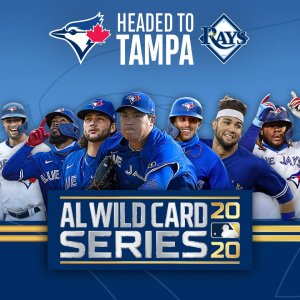 I know some people are saying, “Well, the amount of teams getting in to the playoffs has increased this year, and that’s how they got in.” But lets take a look back at everything this team has had to overcome, like not having a HOME FIELD for the first two weeks of this shortened season. And then when they found a home, it was BUFFALO!!

They also had to deal with games getting cancelled because players from other teams were catching the coronavirus, despite the young Jays players keeping themselves isolated throughout the season, not able to see their families!

This young team has had to over come quite a bit this year, and still managed to make it in the playoffs!!

Win or lose, CONGRATULATIONS on an already successful season!!