A Lakefield family is making the most of winter with a family project.  And, after spending the past 13 years in the Middle East, it’s the first time these children have played in snow.

Lindsay Parkinson is originally from the Peterborough area. As she told Global News this week, “My husband and I have been abroad for 13 years. Both of our daughters were born in the Middle East, and the pandemic brought us home.”

The ice castle idea was born after seeing pictures of igloos online. Instead of going for a full igloo shape, Lindsay says she felt it was easier (and safer) to go for an open-roof concept castle.

“It probably took us 30 hours total, spanned over two and a half to three weeks,” Parkinson says. “It was a whole thing!”

The castle is made out of roughly 40 blocks of ice. Each block was carefully constructed in a tinfoil pan. In some cases, food colouring was added to the trays before the water was left to freeze overnight. 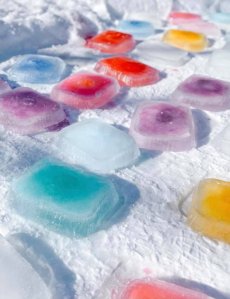 The next morning, the Parkinson family would pop the ice blocks out of the trays. Then they created the slush by mixing snow and water together in a bucket until it reached the right consistency. The slush acts as the cement to hold each brick together.

Lindsay says to create the shape of the castle, she stood in the centre of the yard and spun around with a hockey stick to make a circle. Only then could the stacking of the blocks and layering of the slush-cement begin.

Is all that hard work was worth it? Yes, says Lindsay, just to see her daughters enjoy their first winter in Canada.

“It’s been interesting, but so exciting and so magical. Snow is just as magical as I remember it, and as my husband remembers it. It’s just so neat to see it through the eyes of our kids.” 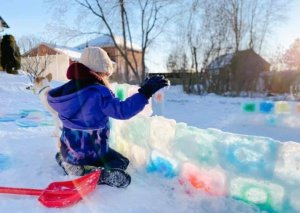 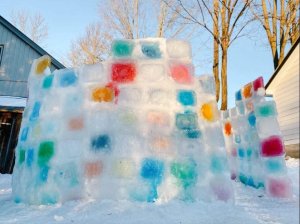 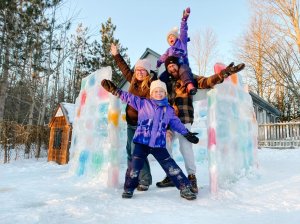